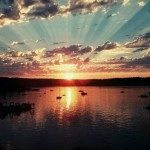 1) inspiring younger activists by hearing the stories of elder activists recount the pivotal moments in their own life as they faced the challenges of confronting war, injustice and environmental degradation with nonviolent resistance, even when doing so involved great personal risk and sacrifice;

2) honoring elder FOR members and supporters by creating, perhaps with the assistance of their family members, a video tribute to each interviewee to detail the legacy of the life of nonviolent resistance each has attempted in his/her/their own way;

3) raising funds for the ongoing work of the WWFOR by linking the video production to a “legacy gift” donated to the WWFOR by the friends/family of the interviewee;

5) promoting membership in the WWFOR by all activists by posting the videos on the WWFOR web site and YouTube channel, as well as distribution to family and friends of the interviewee as desired by each interviewee.