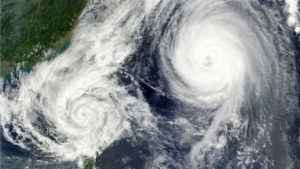 9 a.m. – 5 p.m., at St. John’s Episcopal Church 114 20th Ave. SE, Olympia, WA.  [click here for map or directions via Google maps] [click here to see an annotated map of local area with parking locations] Doors open at 8 am. Morning refreshments, and lunch provided. Cost is $25 per person (or pay what you can)

The keynote will be “The End of Ice: Bearing Witness and Finding Meaning in the Path of Climate Disruption.” Author and journalist Dahr Jamail, on the necessity of listening deeply to the Earth as the planetary crisis accelerates.”

Dahr Jamail is a fourth-generation Lebanese-American jour-nalist, who worked as an independent American reporter in the Middle East. In late 2003, weary of the overall failure of the US media to accurately report on the realities of the war in Iraq for the Iraqi people, he went to the Middle East to report on the war himself. Dahr spent more than a year in Iraq, and has also reported from Syria, Lebanon, Turkey and Jordan. He has also reported extensively on veterans’ resistance against US foreign policy, and is now focusing on anthropogenic climate disruption and the environment.

Currently, Dahr lives in Port Townsend, when he is home. He is a feature writer for Truthout (http://truthout.org/) His stories have been published in The Guardian, The Nation, The Huffington Post, and Al Jazeera, among others. In January, 2019, he pub-lished the book The End of Ice: Bearing Witness and Finding Meaning in the Path of Climate Disruption.

Peter Lumsdaine is a member of the Washington Physicians for Social Responsibility (WPSR) Nuclear Weapons Abolition Task Force. He has a background in environmental protection/justice, and has worked in resource conflict zones from the U.S. to Mexico to occupied southern Iraq. He also focuses on the ecological/human societal impacts of rapidly accelerating electronic technologies on Earth. In February, 2019, Peter visited Olympia with the Golden Rule Sailboat Project.

Derek Hoshiko is a fourth-generation Japanese-American climate and social justice organizer from Island County, WA. He works with For the People—Community Supported Organizing, and is launching a bold project, Rapid and Just Climate Action—to stop global warming within ten years by building broader, more inclusive movements. Derek was a keynote speaker at the South Sound Climate Convention in Olympia in April 2019.

In addition to the different perspectives of the three speakers, attendees will have a choice of several workshops, focusing on action. These will include presentations from Sunrise Olympia, the Olympia Coalition to Abolish Nuclear Weapons, Derek Hoshiko, the Backbone Campaign, and Olympia Public Power.

SCHEDULE OF THE 2019 FALL RETREAT

12:15 Introductions of MYPF, other young activists

4:30 Closing activity  Parish Hall
“What will I do?”
Evaluations
“Go Forth!”